On the Feast of the Transfiguration 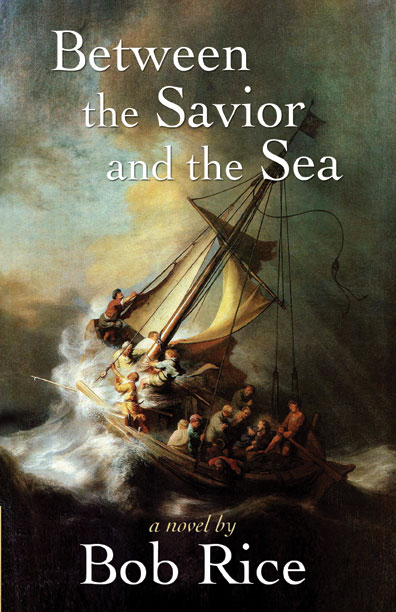 One of the best things I’ve ever created (other my kids, which was not a solo venture) was writing Between the Savior and the Sea, a novel that tells the Gospel story from the eyes of Simon Peter. I’m always thrilled when someone comes up to me at an event and shares how they were blessed by it. If you didn’t know about it, you can learn more about it HERE and purchase it at AMAZON. Here’s an excerpt from the book on what happened at the Transfiguration…

Simon felt something move beside him and thought it was Rachael. But the cold mountain air quickly reminded him that he was nowhere near his home or wife. Looking up to the sky, he noted that the stars and moon had moved but the sun had not yet risen.

He lifted his head and saw Jesus standing a short distance away, arms lifted in prayer. Simon’s muscles ached and his entire body fought the idea of being awake. Every movement brought a blast of cold air into his tunic, which was still wet. I’ll just wait until the sun rises, he thought. His mind went back to Rachael and Capernaum, imaging the softness of his pillow and the smell of bread.

Simon’s eyes were half open, gazing upon the night sky. The stars seemed brighter somehow. A cloud hovered overhead, brilliant white. Rain fell from the cloud in slow motion, reflecting sunlight as it fell.

But there was no sunlight. And it was not rain. Slowly, like a feather, pieces of light fell from the cloud and landed upon Simon. Whatever it touched became immediately dry and warm, until Simon’s robes felt like he just pulled them off a rope on a bright summer’s day. The mud beneath him turned into dirt.

He sat up and rubbed his eyes, not believing what he saw. Jesus stood before him, bathed in the light that fell from the cloud. Simon looked to the others to see if he was dreaming. John was awake and tried to rouse his brother.

“What?” James asked. He sat up and immediately fell on his face in amazement.

Jesus stood transfigured before them, clothed in a white brighter than any wool Simon had ever seen. It looked like Jesus, but at the same time it didn’t. It looked better than him.

And he was not alone.

There were two people, also clothed in white, standing beside him. Are they angels? Simon wondered. The three of them talked while flakes of light gently fell to the ground around them like pedals off a flower. The mountain peaks and the starry night gave a majestic background to the picture. It was, quite simply, the most beautiful thing he had ever seen.

Simon thought he heard music, or at least the echoes of music, as he strained to listen to their conversation. Jesus turned to the man on his right and mentioned his name.

Simon’s heart almost stopped. The man was old, with a long beard and rays of light that shone from his head. His prominent nose stood out above a square jaw, and his beard accentuated the sharp angles of his face. He was tall, taller than Jesus and the other man. In his hands he held a large staff. The staff that parted the Red Sea?

Moses talked with Jesus about his upcoming exodus. Then the man to the left of Jesus spoke up. This man was shorter, but stronger—a hairy man with a belt of leather around his waist. Whereas Moses looked sharp and regal, this man looked like a wild animal. There was something reckless and dangerous about him that inspired fear and awe at the same time.

John fainted. James buried his head in the ground and outstretched his hands, tears streaming from his face. Simon stared in amazement. Never had he imagined such glory or beauty. He wanted to stay in that moment forever.

It was impossible for him to tell how long they talked, but eventually their conversation came to an end. John had come to and was on his knees, clutching his chest. James never moved.

Don’t go, Simon thought. He hadn’t dared to speak, but as they said goodbye to each other he couldn’t help it.

“It is so good for us to be here!” he said. They all turned and looked at him, as if noticing him for the first time. He felt undone by their gaze. What am I saying? “Master, if you want me to, I could build three shelters. One for you, one for Moses, and one for Elijah.”

Moses looked at Simon and then at Jesus. Jesus nodded.

Then the cloud above them burst forth a light so blinding it pushed them to the ground. And from the cloud they heard a voice.

“THIS IS MY BELOVED SON, WITH WHOM I AM WELL PLEASED. LISTEN TO HIM.”

Simon immediately recognized the voice. It was the same voice he heard whisper on the water. It was the voice of the Father.

He knew that no one could see the glory of God and live. But he was so ravished by the beauty he saw that he would have chosen that death over any pleasure he could experience in this life. Simon opened his eyes and looked at his hands that were beside his face on the dirt. He was still alive.

He looked up. The sun shone brightly and it was a clear day. Jesus stood alone, no longer dressed in glory but in his plain beige and brown robes. His eyes were closed and his face had the look of ecstasy. He opened his eyes, looked at Simon, and smiled.

Simon stood. On hearing his movement, James and John looked up and realized they were alone. Simon walked forward with trembling legs and fell on his knees before Jesus. James and John lay a few paces back, prostrate on the ground.

For a long time, no one said a word.

When they did speak, they could only use clips of words and phrases. It was a while before they could put full sentences together. At times they laughed like drunkards and then fell into a solemn silence. Tears came and went—they had no idea why. They had nothing in their life to compare the experience to. They were totally and utterly amazed.

One Comment on “On the Feast of the Transfiguration”

I have seen the new Doctor Strange movie three times. I like it.
Someday, when I grow up, I will travel across the country and liberate all the accordions nailed to the walls of restaurants.
My son said he wanted a @fcbarcelona jersey, but wanted to customize himself. Swipe to see what he did. He needs help.
Fr. Dave and Dcn. Bob begin their series on the Our Father. They also discuss doing parish missions, Disney World, and apologize for jinxing the Phoenix Suns. Click link in bio.
Come join us, for Mass and/or the game, whether you are alumni or not!
Fr. Dave and Dcn. Bob converse about a wide range of topics, such as tattoos, Franciscan households, the baseball strike, the State of the Union address, the crisis in the Ukraine, and cardinal virtue of prudence. Click link in bio.