When I first started typing the description of the video, I wrote, “I think I did a good job playing with myself.” And then I fell over laughing.

All of my great-grandparents are from Ireland and I’ve always had an affinity for Celtic music. The style of accordion that I play is heavily influenced by that genre. And while there’s a bit of that Irish style in a lot of my music, I never went all-out until I wrote, “Let This Be A Church Again.”

A few years ago, a “Church Brew-works” opened up in Pittsburgh and my wife really wanted to go. The Catholic Church had been decommissioned (is that the word for it?) and they turned it into a restaurant and bar. The place was packed, probably more packed than it had been on Sundays. I felt really uncomfortable while eating there. It was all legit, of course. The restaurant hadn’t done anything wrong—in fact it probably helped the diocese by purchasing the building. But in the big picture, I felt like we had lost something.

I had that same feeling when I was asked to speak in Halifax, Nova Scotia. I spoke at a college that renovated a chapel for it’s lecture hall. It felt so right to preach the Gospel there… it was if the walls themselves were urging me on, rejoicing to hear the message they were created to echo. It was a powerful experience. That’s where the idea for the song first came from. I jotted down a few lyrics then, but the song was left unfinished for a while.

Then last month I went to a Reliant K concert that was in a place called the “Altar Bar,” a renovated Church that featured a very extensive drinking selection and some pretty loud music. And though Reliant K is a Christian band, the line up of the other artists who were going to preform there in the next few months were anything but. That’s what pulled the trigger for me to finish the tune.

“Don’t get me wrong by the tone of this song.” This song isn’t so much to slam pubs as to hope for a world where there are so many faithful people that have to turn bars into Churches instead of the other way around. But that won’t happen unless we first change our hearts.

If you like this song, please help me record it by donating to my kickstarter project, “The Gospel Accordion to Bob Rice.” Thanks again to all who have pledged money so far. We’re almost 30% there! 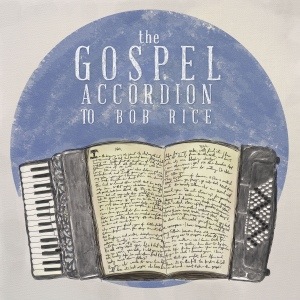