How the Catechism Made Me Catholic 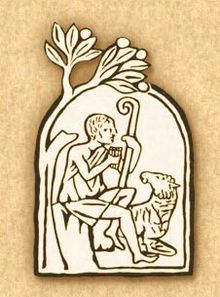 I remember looking down and seeing blood on my hands. My head was still spinning from the line of cocaine that I snorted in the bathroom. The prostitute I just had sex with was face down on the bed, murdered. Did I do it? I couldn’t remember. I heard sirens outside and footsteps running up the stairs to my apartment. That was the moment that I realized I needed a Savior. I needed Jesus.

Okay, none of that is true.

Truth be told, I have a very boring conversion story: I always loved Jesus. And then I loved Him more.

I was the good kid. Never drank. Never did drugs. Knew to save sex for marriage. In fact, I lived in fear of letting others down: my parents, my teachers, or even God. I was a straight A student and prayed every night.

So it might not be a surprise when I tell you that one of the most exciting moments in my conversion is when I did something that many consider boring:

I read the Catechism.

Today marks the 20th anniversary of the release of the Catechism of the Catholic Church, but the English translation was released in the spring of 1994. I was living in Orlando, Florida bouncing between two jobs. Some evenings I would play in bars with my band, “The Crowd.” Other evenings I worked at an improvisational comedy club. No matter what I did I was usually out until one or two in the morning, followed by a late night/early morning snack at the only restaurant in the area opened 24 hours—IHOP (which is where I often encountered a young Shaq and his entourage, but that’s another story.)

You see, though much of my family was Catholic and I attended Catholic schools, I never really felt like I knew for certain what Catholicism was all about. The only time I heard about the Eucharist was in a Humanities class when the teacher asked, “Do you realize that the Catholic Church teaches that the Eucharist is the actual body and blood of Christ, not just a symbol? How many of you believe that?” And none of us raised our hands because we had never heard that before.

I had been blessed to have many friends who were Protestant, all of whom professed at times to know what Catholics believed. “You Catholics worship Mary,” one would say. “You think you’re saved by what you do, not by God’s grace,” would say another. This didn’t sound right to me, but I didn’t know how to defend it.

So to finally get the low down on what the Church actually taught was really exciting. I made sure on Monday night to set my alarm to get up early and head to my local Christian bookstore to get the Catechism.

But here was the thing—my local Christian bookstore didn’t carry it. “You should try a Catholic bookstore,” the woman at the counter said.

There are Catholic bookstores? This shows you how out of the loop I was.

So I drove around in haste to find my local Catholic bookstore. I was worried, assuming that every Catholic in Florida watched CNN and would buy up all the Catechisms before I could get one.

I eventually found “The Abbey Catholic Bookstore” in a strip mall squeezed between a pharmacy and a party supply shop. It was so small it felt more like a closet than a store. I remember lots of dark wood, crammed shelves, and no windows. But there on the counter was a stack of the book I coveted… The Catechism of the Catholic Church. I was clearly the first person to get one that day.

Immediately I bought it and took it home. I couldn’t wait to read it. I sat on my couch and looked through the index. There were some immediate questions I wanted to know the answer to: Was the Eucharist really the body and blood of Christ? (Answer: yes!) Do we really worship Mary? (Answer: not in the same way we adore Christ.) And what does the Church actually teach about sex? (Answer: Uh… you should just read it yourself!)

The answers made a lot of sense to me. It was like this book could articulate the things I always believed but never could explain. But once I had my questions answered, it started asking me things: Why did the Word become flesh? What is the purpose of life? Why do our prayers go unanswered sometimes?

As I read the answers, I grew deeper in my faith and fell more in love with the Catholic Church. If you asked me what I believed before the Catechism came out, I would have said I was a Christian who happened to go to a Catholic parish. But after reading the Catechism, I was Catholic.

And it was all because of the Catechism.

At the end of every section is a summary of what it just taught titled, “IN BRIEF.” Start there. Make it a habit of your daily prayer to read just one IN BRIEF, and watch how your understanding of the faith deepens.

Speaking of prayer, many people suggest that you should start reading the Catechism at the last part, the one titled, “Christian Prayer.” I used to just make up prayer as I went along. But the Catechism gave me the wisdom of two thousand years of saints on how to grow more intimate with God, and my life has never been the same since.

The whole purpose of the Catechism isn’t to fill your head with religious trivia about what Catholics believe. It’s to help you experience “the love that never ends.” (CCC 25) John Paul II said that the aim of catechesis is “to put people, not only in touch with, but in intimacy with Jesus Christ.” And Cardinal Schönborn, who was one of the primary editors of the Catechism, said that Catechism was “a blueprint for the heart of Christ.”

Thanks to some wonderful Protestants who reached out to me in High School, I already had a deep love of Scripture. But reading the Catechism side by side with the Bible (70% of the Catechism’s footnotes are Scripture) transformed me and has made me the man I am today.

I know that my life was never the same after reading the Catechism. And I’m confident, if you start to read it, your life will never be the same as well. It’s a great thing to do during this Year of Faith.

← The Pursuit
Everybody’s Got a Song to Sing →

8 Comments on “How the Catechism Made Me Catholic”