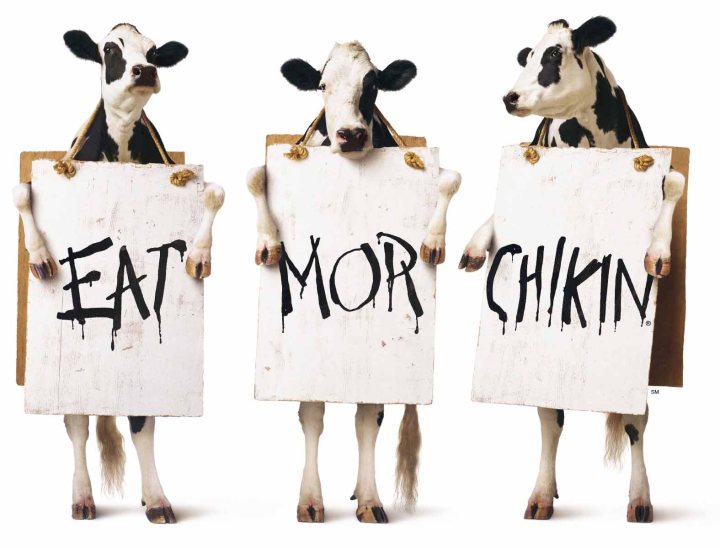 This past January, Starbucks made a statement about same sex-marriage. This is from an executive vice president:

“Starbucks is proud to join other leading Northwest employers in support of Washington State legislation recognizing marriage equality for same-sex couples… It is core to who we are and what we value as a company.”

That caused a movement titled “Dump Starbucks” that created an online petition to boycott the coffee company. The result? After a few months of their campaign, they’ve gotten 47,144 people to sign the petition. At the same time, another on-line petition was created to thank Starbucks for their support of gay-marriage. The result? Over 650,000 signatures. Most analysts argue that Starbucks gained more business from the controversy than it lost.

In July, president and CEO of Chick-fil-A said the following:

“We are very much supportive of the family — the biblical definition of the family unit. …We know that it might not be popular with everyone, but thank the Lord, we live in a country where we can share our values and operate on biblical principles.”

I’m assuming you haven’t been living in a cave the past few months and know what kind of fallout that comment created. (But in case you have been living in a cave—go see the Avengers.) Former Governor Mike Huckabee declared August 1st as “Chick-fil-A” day and all supporters of traditional marriage were encouraged to support the restaurant that day. The result? Hour long waits and the company’s single biggest day of sales in their history. Two days later, some pro-gay groups tried to coordinate a “kiss-in” to protest Chick-fil-A’s statement. In comparison, barely anybody showed up.

In both cases, the boycotts backfired. Now that the dust has settled from the Chick-fil-A support/boycott I wonder, do boycotts even work anymore? So I asked a trusted source: Google. (See? I’m just like my students.)

Aside from the many bloggers who rant their own opinion on their subject (man, I hate those guys!) I did come across an interesting article from the Washington Post back in 2009 by Lawrence Glickman who has written a number of books and articles on economy and history. He wrote, “Despite their frequency throughout U.S. history, boycotts have rarely achieved their intended goals.” So it’s not that boycotts don’t work. It’s just that they rarely work, at least in economically punishing whatever is boycotted.

It seems the real lesson in all of this, no matter what side of the gay marriage debate that you’re on, is most of us would like to have our coffee and eat our chicken, too. Both boycotts were a bust. We live in a culture that would rather support than suspend, rather say yes than say no. It’s easier for people to buy than to boycott. Activists, take note.

But for people of faith I think there is a bigger issue than just the economics. In Benedict XVI’s Caritas in Veritate, he wrote that, “every economic decision has a moral consequence.” Where we spend or don’t spend our money is not about just about the institution we denounce/support, it’s also about ourselves.

I’m not convinced that sipping a Starbucks leads our country any closer to gay marriage than I think that eating a chicken sandwich keeps things “straight.” But I do think it’s important, if only for our own conscience, to financially support organizations that line up with our beliefs, whether they be religious, charitable, or even retail, as well as refrain from supporting those institutions that denounce those beliefs. The “fasting” of something is always harder to do than the “feasting” of something else, but I think both are in order if are to live what we believe and make a difference in the world today.